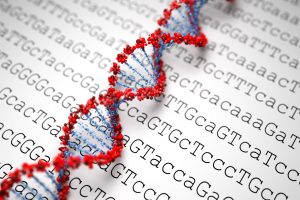 In 2014, Harvard professor and geneticist George Church said: “‘Preserving your genetic material indefinitely’ is an interesting claim. The record for storage of non-living DNA is now 700,000 years (as DNA bits, not electronic bits). So, ironically, the best way to preserve your electronic bitcoins/blockchains might be to convert them into DNA”. In early February 2018, Nebula Genomics, a blockchain-enabled genomic data sharing and analysis platform, co-founded by George Church, was launched. And they are not alone on the market. The common factor between all of them is that they want to give the power back to the user. By leveraging the fact that most companies that currently offer direct-to-consumer genetic testing sell data collected from their customers to pharmaceutical and biotech companies for research purposes, they want to be the next Uber or Airbnb, with some even claiming to create the Alibaba for life data using the next-generation artificial intelligence and blockchain technologies.

Its launch is motivated by the need of increasing genomic data sharing for research purposes, as well as reducing the costs of sequencing on the client side. The Nebula model aims to eliminate personal genomics companies as the middle-man between the customer and the pharmaceutical companies. This way, data owners can acquire their personal genomic data from Nebula sequencing facilities or other sources, join the Nebula network and connect directly with the buyers.
Their main claims from their whitepaper can be summarized as follows: 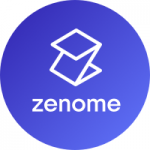 This project aims to ensure that genomic data from as many people as possible will be openly available to stimulate new research and development in the genomics industry. The founders of the project believe that if we do not provide open access to genomic data and information exchange, we are at risk of ending up with thousands of isolated, privately stored collections of genomic data (from pharmaceutical companies, genomic corporations, and scientific centers), but each of these separate databases will not contain sufficient data to enable breakthrough discoveries. Their claims are not as ambitious as Nebula, focusing more on the customer profiting from selling their own DNA data rather than other sequencing companies. Their whitepaper even highlights that no valid solutions currently exist for the public use of genomic information while maintain individual privacy and that encryption is used when necessary. When buying ZNA tokens (the cryptocurrency associated with Zenome), one has to follow a Know-Your-Customer procedure and upload their ID/Passport.

Additionally, they want to cater to the entertainment and social needs of their users, by providing an entertainment platform where users can also get their customized entertainment and dating products.
The genome sequencing will be done in conjunction with the world’s strongest gene sequencing company, using 10 of the most powerful sequencers. The sequence analysis will be done using three different software to conduct a comprehensive analysis and evaluation of the whole human genome within a week. In terms of encryption, their whitepaper mentions elliptic curve cryptography, but does not describe where this will be used.

With no whitepaper published so far, Genecoin invites its users to “Become data”, and then “Become Currency”, i.e., turn your DNA into data by genome sequencing and the upload your genome data into the Bitcoin network. In the FAQ section, they mention that one can use their genome data as seed to create their own altcoin. By using decentralized blockchain crawlers, they want to make sure that if another blockchain replaces the Bitcoin, they will propagate your genome to the new chains. In terms of security, they suggest the use of encryption of the genome before uploading it into the Bitcoin network. On its website, Genecoin also promotes reviews such as ”Wow such genetics. So data. Very forever? “or ”I got my son’s genome encoded but never knew what to do with it.”

Genomes is a blockchain application designed to privately, securely store whole genome sequence data for individuals. This way, they allow questions to be asked of the genetic code without exposing the code to others. Genomes.io uses Ethereum and Rockchain to allow systems to compute a function on private data, without exposing anything about their data besides the result. Genomes not only secures privacy for an individual’s genomic data, it also enables 3rd party access when approved by the individual in exchange for tokens known as GENE. These GENE tokens can be sold on the free market, back to the genomes organization, or to other users through the app. These tokens (GENE) can also be used by pharmaceutical companies to reward users of the app, who will expose certain computational results to 3rd parties. An app for users to intelligently query their own genome, in the way that 23andMe allows, is being developed. This will process the data dynamically upon loading, based on queries applied through the Rockchain framework. 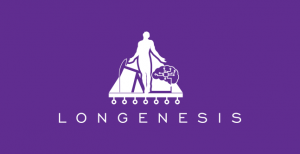 An ambitious company which aims to create the Alibaba for life data using the next generation artificial intelligence and technologies. While focused more on health data rather than genome sequences on their platform, the Alibaba comparison puts into question the users’ value on their data, since it is a company known to offer cheap bulk services to either consumers or businesses. As the end result, Longenesis aims to be a fully distributed system. The users will store their data on their own devices, and the platform should operate similar to torrents, but more advanced, secure and private. Purchasing users’ data will be done by sending a request via smart contracts and the user will be able to sell it directly from their device through the Longenesis marketplace. 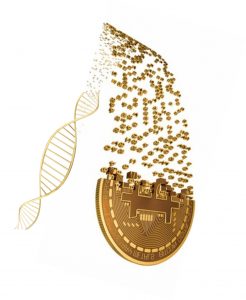 With new market opportunities arising in blockchain-based genomics, arguments are made that they might replace birth certificates. Since genomic data constitutes sensitive data not only to the individual that chooses to share it, but also to its relatives and descendants, can monetizing the genomic data increase sharing without informed consent?

Overall, I believe there are several concerns with putting genomic data on the blockchain.

Privacy and security. There are mentions of using Intel SGX or encryption for the genomic data before being posted on the blockchain. However, Intel SGX attacks on genomic data have been shown to exist. Moreover,  there is also a risk that law enforcement could pressure companies to share DNA data. Some companies said that data was stored in such a way that they could not identify individuals, whereas others mentioned could identify individuals but said that they would not grant access to outside agencies. Considering that there have been several recent efforts by researchers that have demonstrated that it is possible to re-identify research participants in large genetic studies, or to recover surnames of individuals from a genomic data repository, such risks need to be addressed.

Quality. This is an issue on both sides of the equation. There are a number of direct-to-consumer DNA services with questionable scientific basis, like wine recommendations based on users’ genome sequence. It might be difficult for users to tell whether services are backed by sound science. Conversely, these platforms reward users for data that is useful for genetic research. This could potentially incentivize the provision of misleading or inaccurate health data. For research studies, the value of a genome is going to be strongly influenced by the amount and quality of medically relevant data attached to it, for example, a family history of heart disease.

Ease of use and informed consent. Buying and selling cryptocurrency is currently technically challenging. At the same time, consenting to genomic data access, and understanding the implications of an access request can be complex. For these companies to succeed in giving people control of their DNA privacy, they will need to be very clear about what is actually being agreed to in a data request.

Pricing. Cryptocurrencies are notoriously volatile and their legal status has not yet been clearly established. More generally, there is a risk that the very creation of a DNA marketplace could drive up the cost of access to genomic data.

Centralization. If the majority of the world’s genomic data ends up on a single platform, then society would be in a position of trust that the company will continue to act ethically.

Overall, data sharing in genomics is paving the way towards personalized medicine and development of treatments for rare diseases. However, due to the sensitivity of the data, it needs to be done in a responsible and effective manner. There are currently a few initiatives to support this currently in place. For example, PGPUK engages in promoting the creation new Personal Genome Project groups, and public resources everyone can access. At the same time they aim to help potential participants understand the risks and protocols of participation. Their enrollment process incorporates a 6-module study guide with an entrance exam to be passed, and an informed consent for enrollment. The question arising here is whether will people still be willing to donate their DNA for research when there is an option to sell it.

As Ubitquity CTO Christian Saucier said “I don’t think blockchain would necessarily be a good choice [in that environment]. [O]n the contrary, blockchain’s strength comes into play when you have a multiplicity of players who need to share and collaborate around a particular set of data, and because blockchain is really something that exists on the Internet, it is very blind to national borders. [In] the situation where you don’t want the data to move, blockchain almost does the opposite. Blockchain will move data regardless of any physical limitations you might want to try to put on that data.”

In the end, it might be the “Uber” for genomics where the surge price goes up when there is high demand and low supply, i.e., the more interesting your genome is, the more monetary potential it might have. However, the main difference is that you might only be allowed one ride.